Hello everyone! Just a final reminder: the NCVA’s 2017 Annual General Meeting is happening tomorrow on 30 September 2017 in the party room at 101 Richmond Road in Ottawa, from 1-3 pm. There will be free sweet and savory treats, as well as chef Rob’s vegan chili, for any members who attend!

Only current card-holding members of the NCVA can attend the AGM, so if you are not yet a member, please consider joining by heading over to our membership page.

Our official announcement of the AGM, with information on how to run for the board or get in touch with us, can be found here.

With the National Capital Vegetarian Association’s Annual General Meeting coming up this Fall, we are looking for volunteers to join our Board of Directors. If you are interested in promoting and sharing the vegan lifestyle with others in the Ottawa-Gatineau area, why not apply?

No experience is necessary—just a desire to promote a vegan lifestyle and help foster a vegan/vegetarian community in Ottawa, and, although Board Members are expected to be dependable and have enough time to contribute, the specific time commitment can vary depending on your own availability.

We are currently looking for volunteers to fill the following positions: Treasurer, Volunteer Co-ordinator (the Volunteer Co-ordinator could be a general volunteer or a Board Member), and other Board Members. The NCVA needs people to join the Board of Directors in order to keep the organization running, so please don’t hesitate to ask e-mail us with your questions about these positions should you have any.

The ideal candidate should:

The NCVA holds potlucks and events, has an active Facebook group, and offers memberships that allow our members to receive discounts at certain businesses around Ottawa. We aim to make a vegan lifestyle more accessible for those in the Ottawa area.

Volunteering as a Board Member gives you the opportunity to have a say in the direction that the NCVA takes in coming years—and it also looks great on your resume!

Veg Fest/YogaFest is fast approaching, and now the social media blitz must begin!

We’re asking all friends of Veg Fest and the NCVA to help us get the word out about the 5th Annual Veg Fest, which will be combined this year with Yoga Fest in a two-day extravaganza of awesomeness.

Then, if you want to be even more awesome, download this picture, and use it as your Facebook cover photo.

With any luck, facebook and twitter will be a sea of Veg Fest/Yoga Fest photos in the weeks leading up to the event.

As of now, there are 18 entrants to the competition, so it’s going to be fierce! And delicious.

Today in the last part of the “Meet Our Judges” series we introduce Ian Capstick.

Ian Capstick, principal of MediaStyle, an Ottawa-based communications firm, has been saying ‘thanks’ with cupcakes since he opened up shop.

His enthusiasm for baking has manifested in the sponsorship of an unconference about cupcakes known as Capital Cupcake Camp. With hundreds of entries, t’s definitely the largest cupcake event in Ottawa. Which means Ian Capstick knows cupcakes.

While MediaStyle is not a cupcakery, Ian believes that cupcakes are meant for sharing, much like the communications work MediaStyle does online. 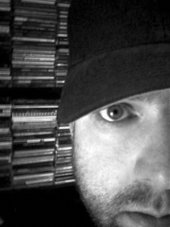 For Part 3 of our 5 part Meet the Judges series we get to know the Ottawa Citizen’s own Ron Eade.

Ron Eade has been the food editor at the Ottawa Citizen, the capital region’s largest newspaper, since 1998. He is also the authour of Omnivore’s Ottawa, a blog encompassing all things food in the Ottawa region.

While Ron is far from vegetarian, he does have an appreciation for good food in whatever form, and has attended Veg Fest as a patron in both 2009 and 2010. In 2011 he joins the NCVA as a guest judge for the NCVA Cupcake Challenge.

At home he regularly experiments in the kitchen and tests new dishes on his wife, Nancy, and young son, Graeme. Most of those dishes are not vegetarian.

On May 1, Ron will be found eating far too many cupcakes for one person, along with the other NCVA Cupcake Challenge judges. Already announced: CBC’s Stu Mills, and the incomparable Auntie Loo. More to come!

I’m still experiencing the afterglow of a successful and widely enjoyable pub night. We had a healthy turnout at The Lieutenant’s Pump on Thursday, March 24, where veg*ns congregated, socialized, and wound down after another busy work week (read: Fridays don’t count). There were faces, both new and old, and beers on the table, proving that indeed, vegetarians can drink beer — veg-friendly beer, that is. The separate vegetarian menu had never seen such collective scrutiny before, as it was the most highly sought after piece of literature that evening. The lentil stew was ordered multiple times, as if it already had an important and trustworthy legacy with the NCVA patrons. Evidently, it did not disappoint.

While the NCVA will not be hosting a pub night in April, we hope you are patient enough to wait till May to continue with the tradition of sharing a pint or two with some like-minded friends.

In part 2 of our Meet Our Judges series we introduce CBC Radio’s own Stu Mills. 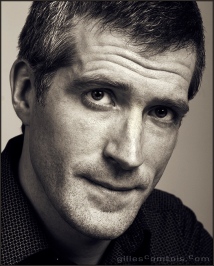 Stu Mills grew up in Haliburton Ontario.  At Simon Fraser University  he studied Communication and Philosophy.

He continued with his studies in those areas at Queen’s University. During this time he fell in love with radio’s ability to focus the mind on spoken ideas while working at CFRC 101.9 FM, the Queen’s University radio station.

He’s been reading the news at CBC Ottawa since 2005, was the Friday host for Ottawa Morning for much of last year, regularly fills in for Rita Celli on Ontario Today, and for Alan Neal on All in a Day  on CBC Radio One (91.5 FM).

Stu has a passion for the outdoors, especially mountain biking, and in all mechanical things.  He lives in Wakefield, Quebec.

It took close to 20 volunteers and nearly 1,000 vegan cookies, but the NCVA recently participated in the Go Green Expo at Lansdowne Park with some pretty fabulous results.

Aside from Veg Fest, the Go Green Expo was one of the biggest outreach events that the NCVA has ever participated in.  It was a two day event, and it attracted thousands of visitors.  During most parts of the event, the NCVA table had at least several visitors at any given time.  And, Ottawa was introduced to the NCVA’s friendly helper, Pea in a Pod.

We sold quite a few of our “Eat like you give a damn” t-shirts, and added a number of new members.  But the best part was having the opportunity to tak to dozens, if not hundreds of people about the NCVA and living the veg lifestyle in Ottawa.  Our volunteers came away totally enthused.

“WOOHOO! It was fun!” wrote one of the NCVA’s newest volunteers, Madeleine.

“Had so much fun and met such great people at Go Green today! Everyone loves vegan cookies!” wrote Julia on Facebook.

“Had a great time with the NCVA at the Go Green Expo- and met some nice new volunteers,” opined President Josh.

NCVA volunteers also handed out lots of 1/4 page leaflets encouraging people to come to Veg Fest on May 1.

The third annual Go Green Expo is this coming weekend (March 19 and 20) at Lansdowne Park, and for the first time the NCVA will be participating as an exhibitor.

This interactive two-day show is dedicated to providing consumers with the latest information, environmentally friendly products and services, and alternatives that are available for going green and helping the planet one step at a time. The NCVA will be there to promote the many benefits of plant-based diets, including the environmental ones. Even the United Nations is calling on people to adopt plant based diets to avoid environmental catastrophe (read this article for additional information.)

It’s a fabulous opportunity for us to reacher a wider audience, and benefit from the publicity leading up to the show. We are hoping to do our traditional vegan cookie outreach, so if you’re able to help us out swing by the table with your contribution so that we can show as many people as possible that vegan = delicious. Or, just come by to say hello, talk to NCVA volunteers, or become a member.

In addition to exhibiting, the NCVA has two volunteers giving food demonstrations at the Taste of Green Cooking Theatre. On Saturday at 2:15 the NCVA’s Deb Gleason will demo Veganize Your Brunch: Learn How to Prepare French Toast, Omelets & Tofu Chocolate Cheesecake and on Sunday also at 2:15, Erin O’Sullivan will demo A Vegan Dinner: Spicy Peanut Soup, Curried Vegetable Pie & Orange Sweet Potato Cake With Raspberry Sauce.

Vegans will have a strong presence at the Taste of Green Cooking Theatre; Ottawa’s beloved Auntie Loo will also be presenting on both Saturday and Sunday at 1:30, and SimplyRaw’s Natasha Kyssa will be presenting on Saturday at 3:30. Auntie Loo’s demo is called Gluten Free Vanilla Lemon Cake: Cooking Without Dairy, Eggs or Wheat Products and Natasha’s is SimplyRaw, Simply Delicious…Finally Real Foods!

Admission is free, but donations to WaterCan in celebration of World Water Day are encouraged.